In a racist society, science and technology and medicine automatically becomes racist in practice. It’s not just the Tuskegee Experiments either. Here is a grotesque and horrifying example of this right now.

Jordan Crowley was born with only one shrunken kidney to clean his blood. As he gets older, his one kidney gets sicker.

Jordan is now 18, loves dogs, and is more interested in telling me about his college classes than the fact that he was recently hospitalized for seizures, a complication of his illness. He’ll need a kidney transplant soon. He would be closer to getting that kidney transplant, if only he were categorized as white.

A patient’s level of kidney disease is judged by an estimation of glomerular filtration rate, or eGFR, which normally sits between 90 and 120 in a patient with two healthy kidneys. In the United States, patients can’t be listed for a kidney transplant until they’re deemed sick enough—until their eGFR dips below a threshold of 20.

Jordan’s doctors decided he is Black, meaning he doesn’t qualify. So now, he has to wait.

Knowing how well a patient’s kidneys can clean their blood is important for countless medical decisions, from diagnosis of kidney disease to proper medication dosing. It’s difficult to calculate kidney function quickly—doing so once required patients to store a full day’s worth of urine in their refrigerators so physicians could look at what the kidneys had successfully filtered out of the body. In 1999, a major study in the Annals of Internal Medicinepainstakingly measured the GFR of more than 1,500 patients to develop a model that could more easily predict how well the kidneys were working using just a rapid blood test and some math; the resulting number is known as the estimated GFR, or eGFR. The equation—which has been formally cited more than 15,000 times in the literature—was quickly folded into medical practice and remains a standard of care today.

The formula focuses on creatinine, a byproduct of muscle activity and one of the many things that the kidney is supposed to remove from blood. Generally, when creatinine levels in a patient’s blood are high, it signals that the kidneys are struggling to do their job of filtering toxins; this makes creatinine levels something of a proxy for overall kidney health. But things get more complicated when you consider that people vary in shape and size, have different muscle mass in their bodies, and therefore have different amounts of creatinine in their blood to start with.

Indeed, during development of the mathematical model, authors found that overall, the population of Black patients in their study had higher levels of creatinine in their blood compared with the group of white patients. The authors reasoned this was likely because “on average, black persons have higher muscle mass than white persons.” They added a race-based coefficient to correct for what they assumed must be naturally high levels of creatinine in Black patients, recommending that doctors inflate the eGFR of patients by 21 percent “if Black.”

This eGFR multiplier can make Black patients with kidney disease appear healthier than they are. It means that Black patients have to reach higher levels of kidney disease before they are considered sick enough to qualify for certain treatments or interventions. The adjustment is the reason Jordan wasn’t able to register on the kidney waitlist after his first transplant evaluation years ago.

And what does Black in America mean?

Jordan’s grandmother Joyce Kaufman is a white woman who has spent her life as a nursery school teacher and mother to biracial foster children, including Jordan’s mom, Jessica. Jordan is her buddy. Because his health issues made it impossible to enroll him in day care, Jordan has been at Joyce’s side since the day he was born.

Joyce remembers finding out about the GFR race adjustment at a transplant evaluation appointment in 2016. After asking about her grandson’s lab results, a nurse practitioner told her the computer was having a “difficult time” because it didn’t know whether to evaluate Jordan as Black or white.

Kidneys are not white or Black; there are, in fact, no genes, physiologic traits, or biological characteristics that distinguish one race from another. “If you know anything about human genetic diversity and the commonality of human physiology, it just doesn’t make any sense that the simple equation could involve a binary race variable,” says Jay Kaufman. “It’s so illogical that it has to be false.”

Yet, race-based adjustments alter reality for patients like Jordan. A patient’s eGFR determines not just whether he is allowed on the transplant list, but what stage of care he can get: Medicare-covered nutritional therapy and reimbursed kidney disease education kick in at an eGFR of 50; referral to a doctor that specializes in kidney disease is guarded by an eGFR threshold of 30, as is referral to formal transplant evaluation, with the threshold of 20. Again and again, the race-based inflation can delay when Black patients meet cutoffs for resources that offer real survival benefits: Kidney disease patients who have been cared for by kidney specialists, for example, have lower rates of hospitalization and death.

If the race adjustment were eliminated from medical practice, a third of Black patients with kidney disease would be reclassified to a more severe stage, and thousands of Black Americans would receive a diagnosis of kidney disease for the first time, according to a study completed by researchers at Harvard University published in the Journal of General Internal Medicinein October. This increases opportunity for preventive medicine and early treatment, which is important because kidney disease is often silent until the damage is already done.

Because he was born sick, Jordan has been monitored with monthly blood tests for years. But those who don’t receive diagnosis of kidney injury in a timely manner lose out on this extra care, which can increase the risk of “crash” dialysis, wherein patients with no previous preparation suffer severe kidney failure complications like heart arrhythmias, bleeding issues, strokes, or seizures and are urgently placed on dialysis for survival. I’ve seen this done in the emergency department several times. It’s shocking to everyone involved when a patient first learns about their kidney disease the day they are rushed to the hospital for kidney failure.

Now, an old assumption about Black bodies is preventing Black people from receiving timely diagnosis and access to treatment. When authors of the 1999 study added the race adjustment, they didn’t prove the idea that Black patients have higher levels of creatinine due to higher muscle mass. In fact, they never actually measured muscle mass. What’s more, they made this conclusion about fundamental racial difference without controlling for socioeconomic status, education, geography, or other diseases that affect kidney function, like diabetes and high blood pressure.

Our country has been filled with racial inequality from the start, and it’s unsurprising that racism gets under the skin to jeopardize the health and well-being of Black bodies. Racial inequities that limit where people of color live, eat, pray, and breathe can all influence how effectively the kidneys churn urine, producing health disparities in kidney disease and beyond. Other factors, like the amount of protein in a patient’s diet, athletic activity, and dehydration can all directly affect the level of creatinine in someone’s blood. But the authors didn’t look into any of those things and assumed the heightened creatinine had a simple explanation, in increased muscle mass. The authors stopped their inquiry and conclusions short.

Again, this is why there is no “pure science” or “pure medicine.” It’s all impacted by race, even the unquestioned racial assumptions of doctors or scientists or tech guys who may even be well-meaning. So you create ridiculous standards that might make sense to the researchers, but in fact are complete nonsense, combine them with the one-drop rule of race going back to American slavery (the question of what “Black” means of course not relevant to the researchers who probably never took a history course or anything else about race since they were college freshmen when they were “wasting their time in classes that don’t matter to my career”), and then mix them all up in the racist reality of contemporary America.

What does that equation lead to? A lot of dead Black people.

Welcome to America, where race matters for every single question we ask.

I like what Judge Tossescharge is doing this year.
Earth, Sol system, Western spiral arm

We Found the Textbooks of Senators Who Oppose The 1619 Project and Suddenly Everything Makes Sense by Michael Harriot
Saturday May 8th, 2021 at 4:42 PM

notadoctor
reply
This says it all
Oakland, CA

What Is An 'Internal Wave'? It Might Explain The Loss Of An Indonesian Submarine by Scott Neuman
Saturday May 1st, 2021 at 2:32 PM 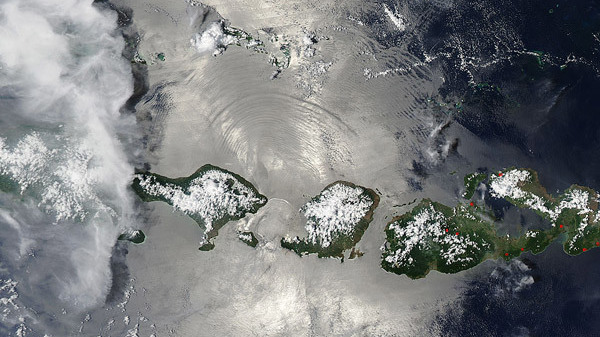 No cause has been established for the sinking earlier this month of the KRI Nanggala with 53 people aboard, but officials have suggested that it may have been due to an undersea wave.

Scam Theater: Inside an Online Trading Crime Ring That Grifted Millions from Mom-and-Pop Investors by Jed Oelbaum
Tuesday April 27th, 2021 at 11:59 AM

It was supposed to be an easy gig. Jason Glick had been acting for more than 30 years, mostly in stage productions, but the occasional on-screen commercial work helped cover the bills, and the shoot for the Quantum Code paid too well to pass up. In a half-hour pitch video with more than 4 million views on Facebook,…

Jay Leno Is Sorry for His Racist Jokes, Even Though He Says There Is a 'Ring of Truth to Them' by Emily Alford
Wednesday March 24th, 2021 at 10:59 PM

Jay Leno, a man I have not thought of since at least 2004 but who allegedly still appears regularly on television, has apologized for decades’ worth of anti-Asian humor upon threat of being fired, in much the same way I “apologized” for being caught napping during my shift at Abercrombie in college.